The U.S. citizenship test has been changed. New topics have been added to the question. Under the new rules, which will come into effect on December 1, applicants will have to answer new questions. You have to answer more questions than before. The new test is expected to make it more difficult for immigrants to apply for citizenship.On November 13, the US Citizenship and Immigration Services (USCIS) announced the new rules.USA DV Lottery 2022The Immigration Department said in a statement that the new oral exam will have 128 questions. Earlier, in the rules changed in 2006, there were 100 questions for such an oral test.

According to the Immigration Department’s website, there will be questions in three cases for citizenship. US Government Policies, Government Systems, Rights and Responsibilities of US Citizens The test will include questions about US history, symbols, and federal holidays.

Under the 2006 rules, applicants for citizenship were asked to name one of three branches of the US government. Under the new rules, the applicant has to say the names of the three categories. 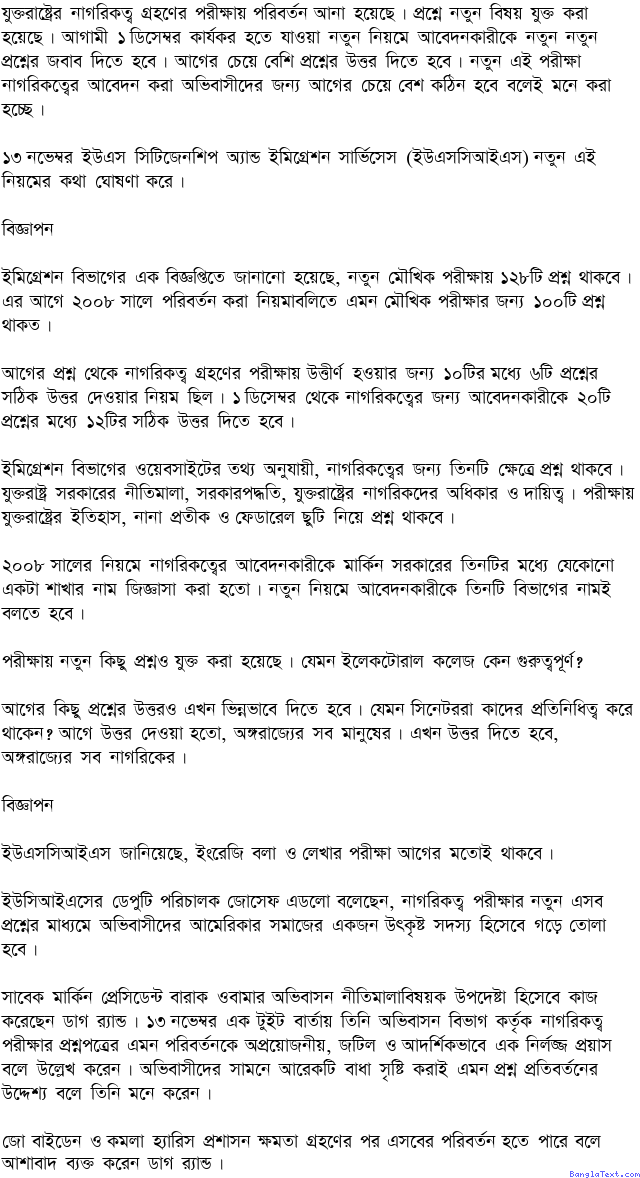 Some new questions have also been added to the test. Why is such an electoral college important?

Some of the previous questions have to be answered differently now. Who do the senators represent? Earlier the answer was, all the people of the state. Now the answer has to be, all the citizens of the state.

According to USCIS, English speaking and writing tests will remain the same.

Doug Round has served as an immigration policy adviser to former US President Barack Obama. In a tweet on November 13, he described the change in the immigration department’s citizenship test question paper as an unnecessary, complex and ideologically shameless attempt. He thinks the purpose of changing the question is to create another barrier in front of immigrants.

Doug Rand hopes that this will change after Joe Biden and Orange Harris take power.