The primary and mass education ministry has planned to introduce nursery classes before pre-primary classes in the government primary schools of the country. This kind of plan was made to divert children’s kindergarten (kg) schools and all 4-year-old children were given government primary school admission. The concerned officials of the ministry will start such activities from next year. 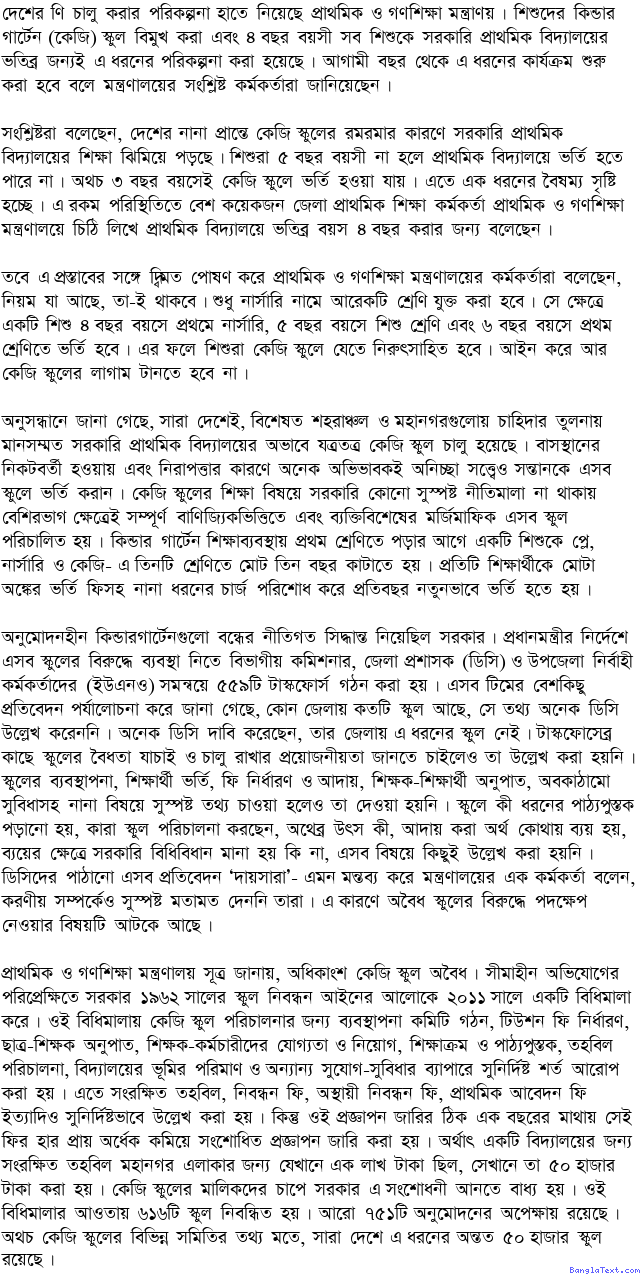 The concerned people said that the education of the government primary schools was shaken due to the rigor of KG schools at different points of the country. If the children are not 5 years old then the primary school can not be admitted. But at the age of 3 years KG is admitted to the school. This is a kind of discrimination. In such circomestances, a number of District Primary Education Officers write to the Primary and Mass Education Ministry and write to the primary school admission age for 4 years.

However, disagreeing with the proposal, the primary and mass education ministry officials said that the rules are there. Only another category named Nursery will be added. In that case, a child will be admitted to the nursery at the age of 4 years, the child class at the age of 5 and the first grade at the age of 6 years. As a result, children will be discouraged from going to KG schools. By law, the school does not have to rejoin the school.

It is learned that in the absence of standard government primary schools in the country, especially urban and metropolitan cities, in addition to the requirement of KG schools has been started. Because of the nearness of residence and safety due to many parents, the child admitted to these schools despite reluctance. Since there is no clear government policy regarding the education of KG schools, in most cases these schools are operated in full commercial and private schools. Before going to class 1 in kindergarten education system, a child has to spend three years in three classes of play, nursery and kg. Each student has to pay a large amount of fees and pay a variety of charges and get admission every year.