Portugal Immigration Visa. Portugal is the name of a country created in the 21st century, which is world famous in history and tradition. The world travels of Portuguese sailors from hundreds of years ago, colonial rule has made an important contribution to the development of civilization. That is why their treatment of immigrants is very flexible and acceptable.Portugal is the only country in Europe where the migration process is very simple and flexible in the case of a third country outside of Europe.

The law was re-introduced to the president last week after it was amended, and the president approved it. According to the law, if a child is born to a parent who now lives irregularly, he or she will receive Portuguese citizenship, or if one of the two lives in Portugal regularly, their child will receive Portuguese citizenship. 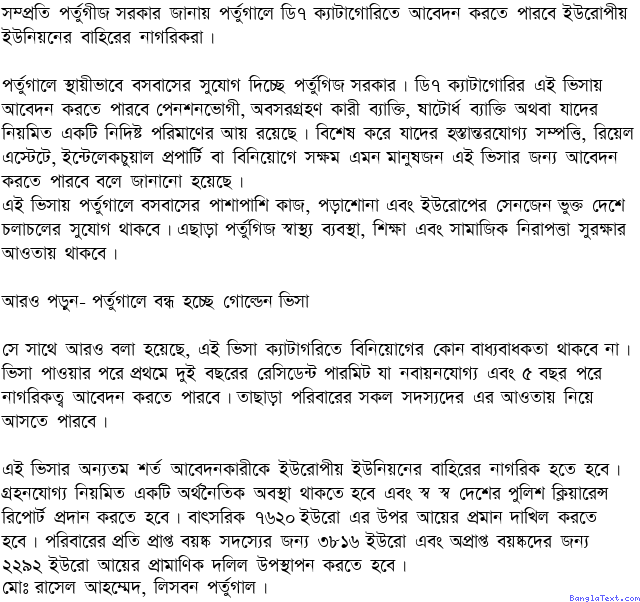 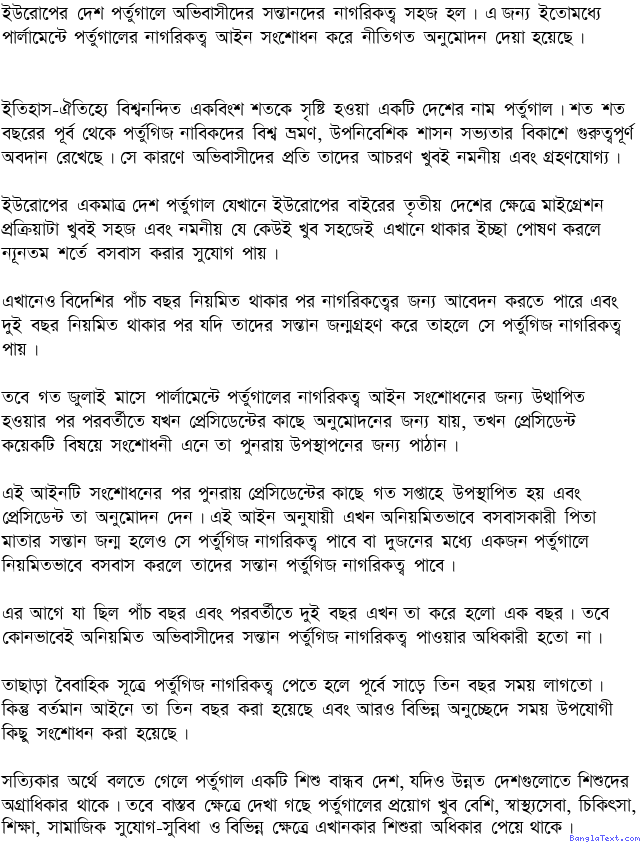 Golden Visa Program Portugal. What was five years before and two years later is now one year. However, the children of irregular immigrants were not entitled to Portuguese citizenship.Moreover, it used to take three and a half years to get Portuguese citizenship by marriage. But in the present law it has been done for three years and some more timely amendments have been made in various paragraphs.

Opportunity to live permanently with family in Portugal

The Portuguese government recently announced that citizens outside the European Union will be able to apply for the D7 category in Portugal. The Portuguese government is offering permanent residency in Portugal. Pensioners, retirees, sixty-year-olds or those who have a regular fixed amount of income can apply for this D6 category visa. In particular, people who are capable of transferable property, real estate, intellectual property or investment will be able to apply for this visa.The visa will allow you to live in Portugal as well as work, study and travel to the Schengen countries of Europe. The Portuguese will also cover health care, education and social security.
Read more – Golden Visa is closing in Portugal

He further added that there would be no obligation to invest in this visa category. After getting the visa, first two years resident permit which is renewable and after 5 years can apply for citizenship. Moreover, all family members can be brought under it.

One of the conditions for this visa is that the applicant must be a citizen outside the European Union. Must have an acceptable regular economic status and provide police clearance reports in their respective countries. Proof of income above 720 euros per annum must be submitted. Proof of income of  3,617 for adult family members and  2,292 for non-adults.
Md. Russell Ahmed, Lisbon Portugal.