Taking millions of taka not only 103 rupees can be found only in jobs in police. 100 rupees is run by the bank and the value of the application form is Tk. 3. Which is the full government cost. More than anyone else tried to get jobs in the police. So I want to make it clear that it will be totally ineffective. ” 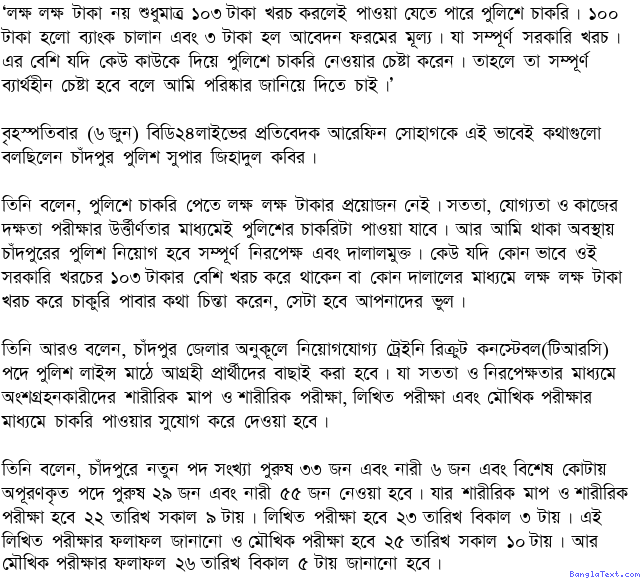 He said, millions of money is not needed to get jobs in the police. Police job can be found only through verification of honesty, eligibility and job skills. And while I am Chandpur Police will recruit completely neutral and non-Dalal. If someone has spent more than 103 rupees on this government expenditure, or is thinking of getting the job of spending lakhs of rupees through a broker, it would be your mistake.

He further said that interested candidates will be selected in the police lines field of the recruiting trainee recruiting constable (TRC) in favor of Chandpur district. Through honesty and neutrality, the participants will be given the opportunity to get jobs through physical measurements and physical examinations, written tests and oral examinations.