Japanese gave back 700 Taka after the construction of the bridge 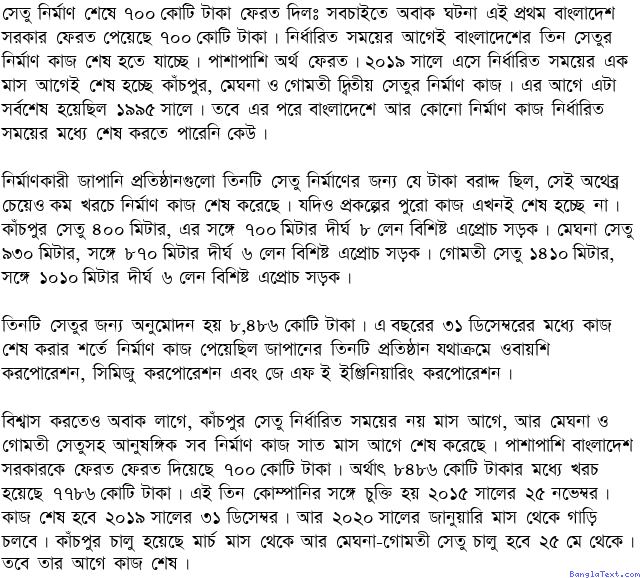 The approval for the three bridges was Tk 8,486 crore. On December 31 this year, construction work was completed on condition of completion of the work, three companies of Japan respectively, Obayashi Corporation, Simizu Corporation and JFE Engineering Corporation respectively.

A small Qur’an was found in Rajshahi