Prime Minister Sheikh Hasina has agreed to increase the age of entry into the government service, said the Ministry of Public Administration, officials of the Prime Minister’s Office will meet with the parliamentary committee on the matter. After this decision will be final. This information was given at a meeting of the committee held at the Jatiya Sangsad Bhaban on Thursday afternoon. 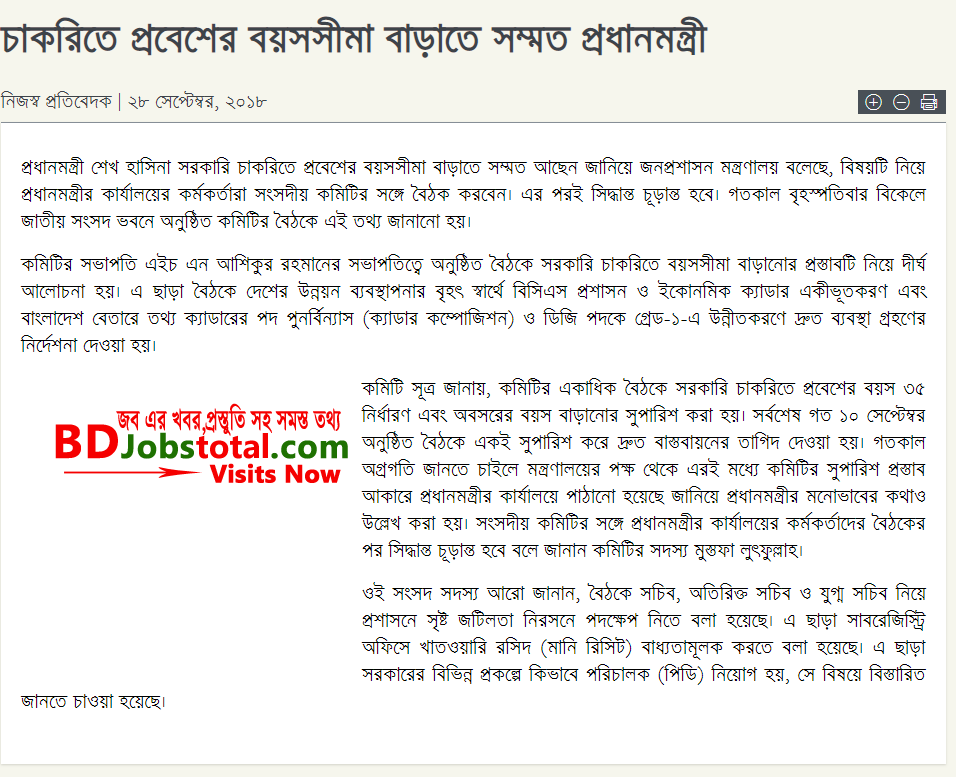 The meeting chaired by the chairman of the committee, HN Ashikur Rahman, held a long discussion with the proposal to increase the age limit in the government service. In addition to this, in the meeting, instructions have been given to speed up the BCS administration and economic cadre for the greater management of the country’s development management and to speed up the reorganization of the information cadre (cadre composition) and the DG rank in grade-1 in grade-1.