Canada is going to allow foreign students to work anew. Applications will be accepted from January 26 under the new work permit program. The application will continue till July 28. Foreign postgraduate students can work for up to three years after graduation under the Work Permit program in Canada. This program is seen as a way to get permanent citizenship.

The government wants to keep foreign students in Canada permanently. Because Canada fills the labor shortage with immigrants. But due to the Corona epidemic, the number of foreign students going to study in Canada has decreased. To overcome this shortage, the country’s immigration minister, Marco Mendicino, has announced a number of policies. He said that many students who have completed their studies are in trouble due to various reasons including Corona. Many postgraduate students have already finished their work. Some are on the verge of ending. These students and alumni will be able to apply for new jobs. They will be allowed to stay in Canada for another 18 months to find a new job.

Students will get a work permit in Canada. 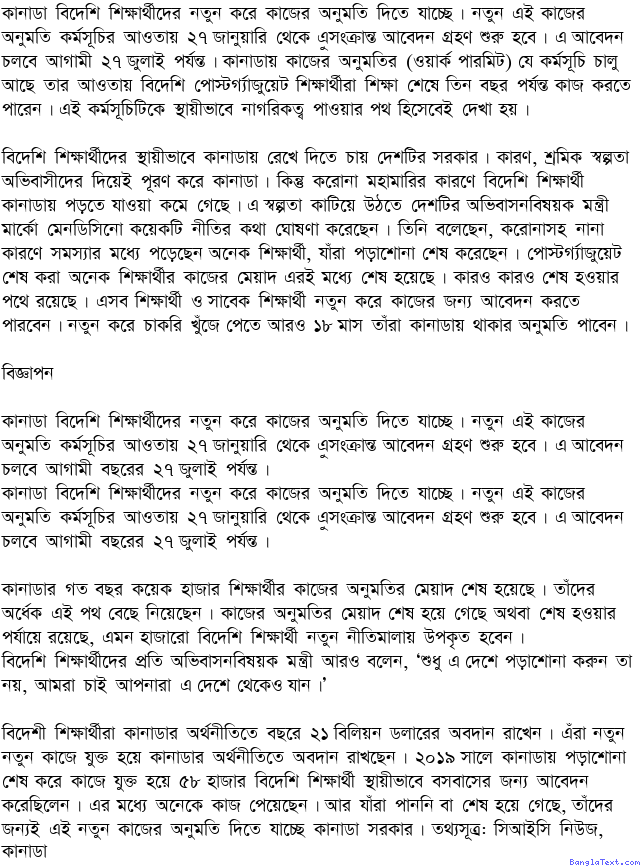 Students will get a permanent citizenship in Canada