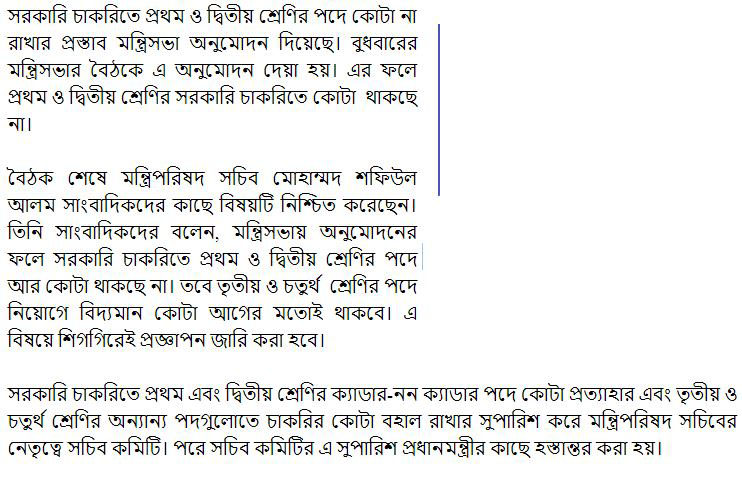 After the meeting, Cabinet Secretary Mohammad Shafiul Alam confirmed the matter to the journalists. He told reporters that the approval of the cabinet would not have any quotas in the first and second class posts of government jobs. But the quota for appointment to the third and fourth grade posts will remain the same as before. Promotion will be issued soon.